Gintu at a very young age fell in love with dance. She started her dance career at 4 years old studying Bharatnatayam. Branching away she exposed herself to contemporary, jazz, hip-hop, bollywood and so much more. With all her experiences under many esteemed choreographers her own choreography is nothing less than dynamic and unique. She’s known for her sharp, energetic and playful dance style. 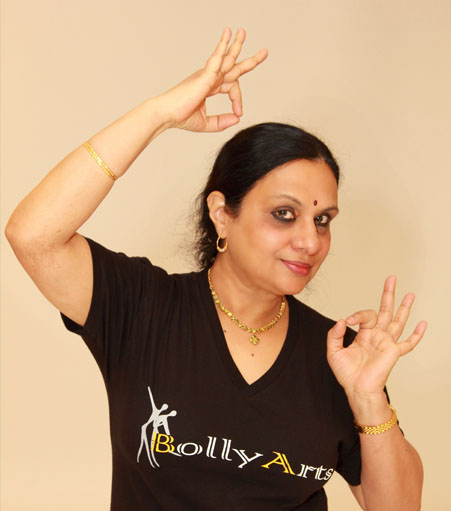 Dr. Rao, our highly esteemed Kathak Instructor, holds a doctoral degree in Dance from the University of Mysore, India. Having exceptional gifts in Kathak Dance, Dr. Rao is known for her graceful expressions, otherwise known as Abhinaya. In 1975, she received the Gold Medal for Kathak in the All India Dance Competition held in Hyderabad and has been performing, as well as delivering lectures ever since. Dr. Rao has even published her own thesis, “Dance As Depicted In Hoysala Sculpture,” which has been financed by Sangeet Natak Academy. With her extensive training and incomparable talent, Dr. Rao spreads her knowledge in Kathak at BollyArts. Teaches: Classical – Kathak

Tara Taneja began her career as a dancer at the young age of 3 in Delhi, India. She began with baby pageants and later on went on to win the title of “Ms. Delhi” at the young age of 6. Further she participated and placed first in several dance competitions from there on. She has training in bharatanatyam, bollywood, and jazz. Tara has trained from the bollywood choreographer Shamak Davar, Mona Khan Dance Company instructors in San Francisco, and was dancer at UCI Zamana, a Hindi Film dance team that competed in competitions all over the United States. Currently Tara teaches bollywood dance at BollyArts as the assistant to choreographer and instructor Archana Philip.

Harminder Singh have always had a passion for dance so he knew for a long time that he wanted to learn proper bhangra. It also helped that his parents always forced him onto the dance floor at Punjabi parties. Harminder has been dancing with VIRSA: Our Tradition since 2010 and their junior team VIRSA Folkstars since 2011 and have competed at multiple competitions around the country. He now teaches bhangra at Queens College and performs at various cultural events to spread the art of folk bhangra. In addition to dancing and teaching bhangra, Harminder is also a student at Queens College studying to become a physician’s assistant.